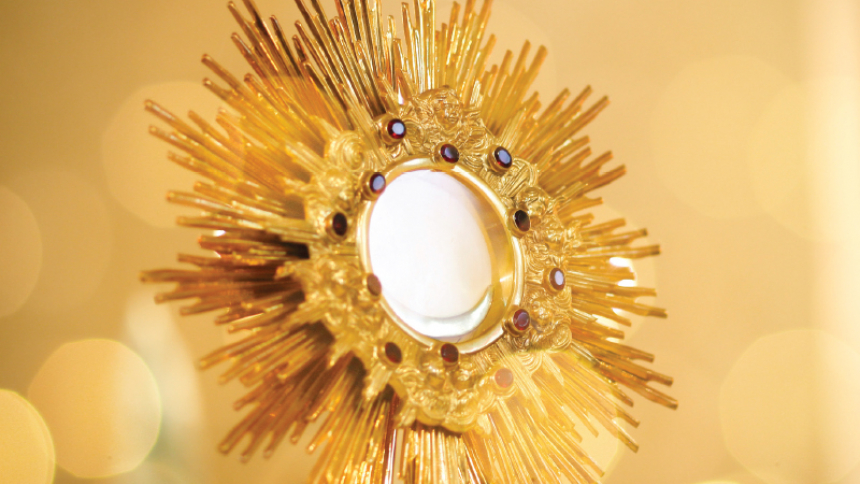 WASHINGTON | Catholics across the country are encouraged to observe a nationwide prayer vigil Jan. 28-29, 2021, marking the 48th anniversary of the U.S. Supreme Court’s 1973 Roe v. Wade and Doe v. Bolton decisions legalizing abortion through nine months of pregnancy. Since those decisions, over 60 million abortions have been performed legally in the United States.

Each January, the National Prayer Vigil for Life is hosted by the U.S. Conference of Catholic Bishops’ (USCCB) Pro-Life Secretariat, the Basilica of the National Shrine of the Immaculate Conception, and The Catholic University of America’s Office of Campus Ministry to pray for an end to abortion and a greater respect for all human life.

While thousands of pilgrims typically attend the vigil in person each year, the Basilica will not be open to the public for the 2021 vigil due to local attendance restrictions in place because of the coronavirus pandemic. In response, this year, for the first time ever, in addition to the televised Mass, bishops in dioceses across the country will be taking turns leading live-streamed holy hours every hour on the hour throughout the all-night vigil.

The vigil will begin with a live broadcast at 8 p.m. on Jan. 28 from the Basilica of the National Shrine of the Immaculate Conception in Washington, D.C. with a Rosary, followed by Mass opening the National Prayer Vigil for Life. The principal celebrant and homilist for the opening Mass will be Archbishop Joseph F. Naumann of Kansas City in Kansas, who is chairman of the Committee on Pro-Life Activities for the USCCB. After the Mass and throughout the night, holy hours led by bishops from various dioceses around the country will be broadcast on the USCCB website. The vigil concludes at 8 a.m. Jan. 29 with Mass celebrated by Archbishop William E. Lori of Baltimore.

“Now, more than ever, our nation is in need of prayer for the protection of the unborn and the dignity of all human life,” said Archbishop Naumann. “I am happy to be joined by bishops in dioceses across the country who are hosting pro-life prayer events, including during the overnight hours of Eucharistic adoration. I invite all Catholics to spend time with Our Lord and join in this nationwide vigil for life.”

The schedule of the 2021 National Prayer Vigil for Life is listed below. (All times are in Central Time)

The live television broadcasts on Jan. 28 from 8-11 p.m. and on Jan. 29 from 8-9 a.m. will be provided by EWTN and will also be available via livestream on the Basilica’s website.  Livestreaming information for the overnight bishop-led holy hours from various dioceses will be provided on the USCCB website.

The official newspaper of the Catholic Diocese of Gary.